Hello, I hope your week is off to a great start. This week I am excited to be participating in the Fantastic Flying Book Club’s tour for the new book Jo & Laurie, which hits shelves tomorrow, June 2. I’m a huge Little Women fan, and consequently, I flew through this book, and I thoroughly enjoyed myself in doing so. Read on below for a synopsis, my *SPOILER FREE* review + favorite quotes, more info about the authors, and an exciting giveaway!

1869, Concord, Massachusetts: After the publication of her first novel, Jo March is shocked to discover her book of scribbles has become a bestseller, and her publisher and fans demand a sequel. While pressured into coming up with a story, she goes to New York with her dear friend Laurie for a week of inspiration—museums, operas, and even a once-in-a-lifetime reading by Charles Dickens himself!

But Laurie has romance on his mind, and despite her growing feelings, Jo’s desire to remain independent leads her to turn down his heartfelt marriage proposal and sends the poor boy off to college heartbroken. When Laurie returns to Concord with a sophisticated new girlfriend, will Jo finally communicate her true heart’s desire or lose the love of her life forever?

You guys, I am such a sucker for retellings or continuations or “what ifs” for classic literature. And when I read Little Women when I was younger, I totally wanted Jo and Laurie to be together. I refused to believe that wasn’t how it would end. So Stohl and de la Cruz have created the book of my true heart here, and I was so excited to get the chance to read an ARC and offer my thoughts.

First, I feel like the voice of this book is authentically true to Little Women. I know that may feel like a shock to those of you who are also fans of the original work, and who strongly identify with Jo as an independent women. It may feel impossible for her to ever actually be with Laurie and maintain that fierce independence. I can totally understand that, and I can understand why this might not be the book for you if you feel that way. However, if, like me, you think this could be a grand adventure into the land of “what if” and thinking about how a beloved classic might have been written, then I suggest checking this out. I say it is authentic to Little Women because Jo still had such a strong, independent voice, and the authors did such a wonderful job of showing how that voice was exactly what drew Laurie to her. It made sense and was consistent.

I also just flat-out loved the historical setting in Boston and New York and all the references to things from that time period. They go and hear Charles Dickens speak, and it is the best thing! And of course, Jo’s sisters Amy and Meg added a richness to the story. Everything is not the same as it is in the original classic, but nor would I want it to be. This is a unique retelling of an alternate ending for Jo. It’s a twist on a classic, and I wouldn’t have wanted it not to bring something new to the table.

I hope you’ll read and enjoy it like I did!

“He could see her, just a glimpse, from rows away. How it was, he couldn’t have said, but he could always spy her. Crossing a field, all the way from the road. Walking a crowded street, from down the block. A particular gesture of her hand, the bend of her head. The lines of her he knew by heart. The colors he knew best.
The speed of her. The liveliness. The spirit.”

“Since Laurie was determined to punish her for being herself and for following her passion–as he wasn’t allowed to follow his–she decided to let his fictional double suffer without his happy ending. So the authoress wrote him off entirely, sent him to London to work in his grandfather’s office, toiling away in obscurity forever.”

“‘Shakespeare was constantly writing shipwrecks and kidnappings and dramatic changes in fortune. No one ever says his work is lacking in good taste.‘
‘Shakespeare was not a young lady from Concord.'”

“It was clear to her that Niles, and perhaps all man, had no idea what it was that little women actually wanted from life.” 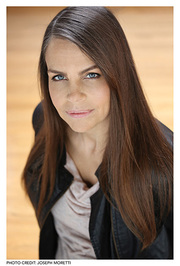 She is the New York Times and USA Today best-selling author of many critically acclaimed and award-winning novels for teens including The Au Pairs series, the Blue Bloods series, the Ashleys series, the Angels on Sunset Boulevard series and the semi-autobiographical novel Fresh off the Boat.

Her books for adults include the novel Cat’s Meow, the anthology Girls Who Like Boys Who Like Boys and the tongue-in-chic handbooks How to Become Famous in Two Weeks or Less and The Fashionista Files: Adventures in Four-inch heels and Faux-Pas.

She has worked as a fashion and beauty editor and has written for many publications including The New York Times, Marie Claire, Harper’s Bazaar, Glamour, Cosmopolitan, Allure, The San Francisco Chronicle, McSweeney’s, Teen Vogue, CosmoGirl! and Seventeen. She has also appeared as an expert on fashion, trends and fame for CNN, E! and FoxNews.

Melissa grew up in Manila and moved to San Francisco with her family, where she graduated high school salutatorian from The Convent of the Sacred Heart. She majored in art history and English at Columbia University (and minored in nightclubs and shopping!).

She now divides her time between New York and Los Angeles, where she lives in the Hollywood Hills with her husband and daughter.

As an award-winning young adult author, she has been published in fifty countries and thirty-two languages and has sold more than ten million books worldwide. Beautiful Creatures debuted as the Amazon #1 Teen book of the year; seven of Margaret’s books have reached bestseller lists around the world.

She has published fifteen novels and graphic novels, as well as contributed to several games and countless comics since her debut. Her last book, Cats Vs Robots: This is War, was a family affair, illustrated by her child, the artist Kay Peterson, and co-written with her husband, Lewis Peterson. It also starred three of her family’s five cats.

After Beautiful Creatures was released as a feature film from Warner Brothers and Alcon Entertainment, Margaret began working with Marvel on her bestselling Black Widow: Forever Red duology; in 2017 she began writing the ongoing Mighty Captain Marvel comic, followed by the acclaimed Life of Captain Marvel miniseries, where she established a new origin story for Carol Danvers in preparation for the theatrical debut of Brie Larson as “Captain Marvel” for the MCU.

When not roaming the halls of Seattle game developer Bungie – where she oversees the creation of new global IPs – Margaret can often be seen at a Comicon or at one of the teen and youth book festivals she co-founded, YALLFEST (Charleston, SC) and YALLWEST (Santa Monica, CA), the largest in the country. Wherever she goes, you can find out more about her (and invariably her cats) at @mstohl on twitter or margaret_stohl on instagram or margaret_stohl on snapchat or at mstohl.com.

Open to U.S. residents, ends on June 10. Click here for the rafflecopter.

i didn't come here
Q: Tag a friend day! Tell me about someone in the bookstagram community who is special to you.
Q: Favorite piece of jewelry?
Q: A favorite character you can't get out of your head?

i didn't come here
Q: Tag a friend day! Tell me about someone in the bookstagram community who is special to you.
Q: Favorite piece of jewelry?
Q: A favorite character you can't get out of your head?